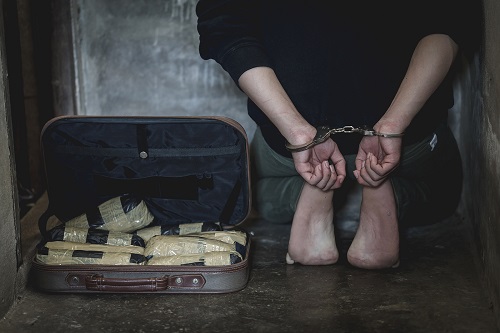 On September 15, Jose Gabriel Alvarez Ortiz, another member of the notorious National Liberation Army, or ELN, landed in Houston after being extradited to the United States in connection with narco-terrorism and drug trafficking charges. This is after two other ELN members, Yamit Pico-Rodrguez and Henry Trigos-Celon, were extradited in August. Ortiz and his co-defendants are all wanted on charges alleging a 20-year international drug conspiracy.

This is the first time any members of ELN have been extradited in their nearly 60-year history. The guerrilla group has been designated as a foreign terrorist organization since 1997 and continues to operate as one of the largest narco-terrorism organizations in the world.

The defendants have been charged with international cocaine distribution, distribution of a controlled substance, and knowing or intending to provide anything of pecuniary value to a person or organization that engages in terrorism or terrorist activity.

Who is the ELN?

The National Liberation Army is Colombia’s largest leftist guerrilla group. While it originally was a Marxist-Leninist ideological national movement of primarily students and Catholic radical priests that eschewed drug trafficking, it has now become synonymous with it and has sought alliances with other large drug trafficking organizations.

Over the years, internal fighting and lack of strategies made it vulnerable to other groups and multiple setbacks, causing its ideological decline. Since the mid-1970s, it has been involved in illegal activities, and now, factions are more focused on deriving income from coca crops, drug trafficking, illegal mining, and contraband than pushing its ideologies.

Narco-terrorism is generally understood to describe activities by traffickers to fund terrorism and influence policies through violence and intimidation.

According to Interpol, as international borders have become more porous, it has led to increasing global accessibility and abuse of drugs that continues to be increasingly widespread. Trafficking routes are often used to transport other illicit products. As traffickers get more powerful and creative, it presents ever-increasing challenges for law enforcement and the global community.

The Operation That Led to the Extradition

The operation was dubbed Operation Catatumbo Lightning as part of an initiative that allows for a permanent multi-agency task force as part of the Organized Crime Drug Enforcement Task Forces to combat drug trafficking.

The investigation was conducted with the cooperation of the Colombian government, with Colombian authorities taking these men into custody at the request of the U.S. back in September of 2020. The suspected leader of the ELN, Villegas-Palomino, Jaime Miguel Picon-Rodriguez, and Diomedes Barbosa-Montano are also charged and remain fugitives.

Have You Been Arrested on Drug Charges?

While these men are obviously dangerous and have been the focus of a global investigation, many individuals get hit with drug trafficking for offenses that are fractional in scope to anything these men have done. While public attitudes and laws surrounding some drugs are loosening, trafficking penalties remain harsh.

If you have been arrested on possession or trafficking charges, you need to get legal assistance as soon as possible. Call the global team of dedicated criminal defense attorneys at Bukh Global Partners at (212) 729-1632 to schedule an appointment to discuss your case.