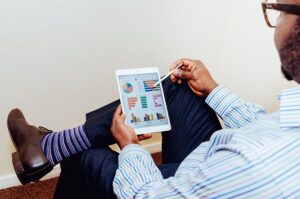 If you’re looking for the world-renowned experts in criminal law and criminal defense, Bukh Global could not be a better choice for your needs. Not only does our experienced team have decades of experience in US-based criminal defense, they also have expanded that knowledge past US borders in order to serve clients the world over.

Unsure whether your case falls under the purview of criminal law? Take a look below to find out more about what qualifies.

An Introduction to International Criminal Law

International criminal law is a subcategory of public international laws that cover the responsibility of an individual charged with international (i.e., cross-jurisdictional) crimes.

According to legal experts, there is actually no universally-accepted meaning of what international crimes are or what exactly they consist of. Therefore, different countries may define international crimes in accordance with their own laws. These crimes may be based on unacceptable or unlawful behavior from one country or territory to another.

It may also be based on treaties between countries, states or territories. This means that no matter what, when you are dealing with a crime that crossed international borders, there is bound to be differences in the laws between nations.

It is strongly advised to consult with an international criminal lawyer before taking on the next step, especially if you are dealing with accusations of crime, especially within the United States.

Laws may differ across nations, but justice can be found no matter which country you are from or based in if the legal specifications are correct.

Crimes that are covered by the international criminal law span a wide range of criminal justice systems all over the world. These crimes can more appropriately be called “core crimes”. This includes war crimes, genocide, and aggression. Crimes against humanity, children and women may also be considered as international crimes depending on the nature of crime.

Extradition cases are also considered to be governed by International law, as they involve moving an alleged criminal from one country to another to be tried for their crimes. Being extradited is a long and tiresome process, but it’s a situation we deal with, especially when you are being extradited from the US.

International Crimes and Punishment in the United States

In the United States of America, all the matters related to international crimes are handled by the US Department of Justice. Just because you have committed a crime in another country does not mean you will be protected from prosecution within the United States.

For example, cybercrime and financial crimes often cross international borders as they can be done completely over the internet–and once those crimes cross into the United States, it falls under the purview of the Federal Bureau of Investigation as well as the federal government.

This can mean severe consequences for you, even if you have never left your home country before, as being prosecuted for international crimes within the United States can lead to extradition for those outside of the US as well as long federal prison sentences. Of course, in order for you to be extradited to the United States, the crime has to be of sufficient severity. Charges such a murder, hijacking, and revealing state secrets are just some of the crimes that fall under this category.

The punishment for international crime will obviously vary by its severity, but any crime that crosses international borders will be treated more seriously by the FBI. In the United States, the penalties for hacking and other cybercrimes may carry sentences of up to 10 years in federal prison for violating national security information. Other crimes, like money laundering and fraud, will send you to prison for at least a year, if not more depending upon the circumstances.

In the United States, international child abduction is covered under the Hague Abduction Convention, a treaty that many countries have signed in an effort to stem this crime from occurring. Because there are many countries that do not recognize US custody orders, the Hague Convention is a way to ensure that children remain with their legally-recognized parent.

International Child Abduction in such cases could be very difficult to resolve, even if they happen in a country that has signed the Hague Abduction Convention. This is due to the fact that not all countries support laws of the United States or of the treaty.

Are you in a similar situation to this or have had to deal with trauma related to child abduction? You would have peace of mind if you could hire the services of Bukh Global to protect you and your family from harm.

Matters related to international criminal laws are incredibly complicated and can be difficult to resolve, regardless of your choice in legal representation. However, making the wrong choice when hiring an international criminal lawyer can make it worse for you in the end, leading to financial troubles as well as an unsatisfactory end to your case.

If you want to protect your interests, hiring a trusted attorney from Bukh Global Partners may be the best chance that you have.

Our experienced team have resolved a number of high-profile global cases including international child abduction, violation of human rights, money laundering, drug trafficking, tax evasion, and various other international crimes. Laws may differ from country to country, but our superior legal services will ensure that there is no problem that cannot be foreseen and solved when it comes to international criminal accusations or issues.

Are you in trouble and want immediate help? Don’t hesitate to reach out to us for a consultation regarding your specific legal needs.