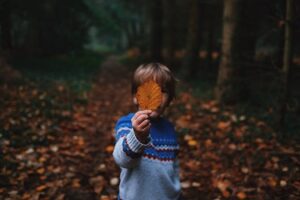 In every family dispute anywhere around the world, there are voiceless and innocent victims that are often left unattended. Children are the victims of every kind of family dispute and undeniably bear the brunt of trauma. From a separation or a divorce to any financial troubles met by the family, a child needs to feel safe and secure as proper legal action is done in the background.

There are certain laws that are used to ensure the safety and the welfare of children. International child abduction, which is one of the most common crimes against children, is fast becoming widespread. In this situation, children are taken from their home by anyone, sometimes even by their parents or by a family member and taken abroad.

Usually parents escaping the unfavorable results of a custody battle seek this as a last resort to claim their children.

This is a treaty that was developed by the Hague Conference on Private International Law. This treaty aims to provide the terms on how to return an internationally abducted child under the age of 16, by a parent. This international law was created to ensure that the abducted child may be promptly returned to their country of habitual residence.

It also aims to preserve any custodial arrangement that has been enforced before the child was removed. As of January 2014 there are 91 states that are a part of the convention and in April it will be effective for Japan as well.

This is a United States federal law that aims to establish steps on how to implement the terms suggested by the Convention to avoid International Child Abduction. It basically affirms the goals of the Hague Convention which are efficient and fast return of the child to its habitual residence as well as ensuring the rights of physical custody under the law of one contracting state are respected in the other contracting states.

The UCCJA is possibly where the Hague Child Abduction Convention has based many of its principles. The state where the child resides must have continuing responsibility over the custody of the child. Apart from this, the parent of the child should never be allowed to abduct the child to be able to take custody.

US federal law further affirms the UCCJA and mandates that state courts should recognize the judgment of the courts of all countries that are signatories of the Hague Convention with regards to the custody of the child and access by the parent to his/her child.

Other Custody Laws that May Apply in the USA

In the US, when two divorcing parents cannot reach a custody agreement on their own, it is then left up to the courts to decide whether to split custody equally between the parents or to come to some other arrangement. However, depending upon the state that the parents reside in, the courts may prescribe different types of custody arrangements.

In Arizona, for instance, there is no favor for joint custody, meaning that the courts may just give full custody to the parent that they see fit unless both parents can come to an agreement. In other states, like Georgia, it is up to a child who is older than 14 to choose which parent they would like to live with.

Because these laws can differ so much from state-to-state, it’s best to hire attorneys who have experience with US family law in all of its incarnations. When you are unsure of how to move forward due to issues with your former spouse, we can help to ensure that you are not held back from keeping your family together.

Problems with US and International Child Custody and Support

We are also one of the most reliable sources of information and assistance when international child custody as well as crimes against International Family Laws is suspected. The team affirms the goal of local and international laws to keep children safe and secure wherever they may be and to provide prompt legal action at all costs.