Over the past year and a half, we have been witnessing a global race against COVID- 19, with many nations coming into play with their own variations of a vaccine. In Russia, the first country to offer a vaccine, Gam-COVID-Vac, also known as Sputnik V, has garnered controversy and speculation despite the most recent evidence that it is safe and effective. While the vaccine has been approved for use in 67 different
countries, many other countries, as well as the World Health Organization, have been reluctant to approve it for emergency use over controversies and concerns over side effects.

What is the Sputnik V Vaccine? 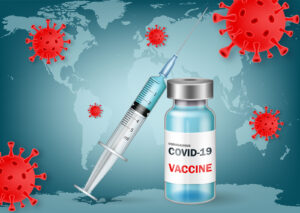 The original version of Sputnik V is an engineered adenovirus vaccine consisting of two different adenoviruses requiring two vaccinations delivered 21 days apart. The vaccine provides delivery of the genetic code for the COVID spike protein into human cells
similar to that of the AstraZeneca and Johnson and Johnson vaccines. There is one key difference, however. The original version of Sputnik V utilizes two different adenoviruses instead of one as the AstraZeneca and Johnson and Johnson vaccines do. Because the two adenoviruses have different methods of inserting their genetic material into a cell, it may have been thought that using the two different
adenoviruses would increase the vaccine’s efficacy and success rate. But that double dose may also have been partially to blame for many of the initial concerns about the vaccine.

A newer version of the vaccine, called Sputnik Light, has subsequently been approved, consisting of just the first dose of the original vaccine containing the AD26 adenovirus. Although it is harder to produce and is more volatile than its predecessor, its main advantage is that it costs less than $10 per dose and can immunize large populations in a short time frame.

Despite the controversies and many countries’ reluctance to adopt the Sputnik vaccine, the latest evidence seems to point to its safety and efficacy. The Lancet has published two reports on the Sputnik vaccine, citing in its February 2021 publication that “the development of the Sputnik V vaccine has been criticized for unseemingly haste, corner-cutting, and an absence of transparency. But the outcome
reported here is clear and the scientific principle of vaccination is demonstrated, which means another vaccine can now join the fight to reduce the incidence of COVID-19.” But is this enough to evoke confidence on the world stage?

Does Russia Have Any Legal Recourse?

With the exception of WHO, there is no global regulatory system that ensures the safety of vaccines and requires cooperative data sharing by the countries developing them. So regulation is problematic and geopolitical storylines get intertwined. Each country has its own regulatory apparatus and its own preconceived concerns based on its relationship with Russia. When it comes to the global nature of the pandemic and geopolitics, it is difficult to know what is true and what may have been coloured by politics. Furthermore, it is interesting to look at the unwillingness of Russians to get their own vaccine. Although the first out of the gate to approve a COVID-19 vaccine, Russian
citizens have been skeptical of vaccines in general and Sputnik V specifically. As of the end of June 2021, Russia had one of the lowest vaccination rates in the world, with only 11 percent of Russians being vaccinated while COVID rates and deaths are on the
rise. European Commission President Ursula von der Leyen expressed that very question in
a press conference back in February. “We still wonder why Russia is offering, theoretically, millions and millions of doses while not sufficiently progressing in vaccinating its own people,” she said. It seems Russia has a PR problem. It will be interesting to see how international geopolitical relations will continue to colour our global pandemic and cooperative nature (or lack thereof) in our response to it. With disinformation, continually changing data, and the possible future legal implications of that landscape, we will watch where it takes
us as a people battling a sinister virus and as legal professionals.