What Is Political Asylum in America? 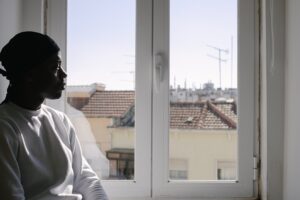 Asylum is a type of safety established for individuals who have proven that they are incapable or unwilling to return to their home country because of a substantiated fear of persecution on account of their race, religion, nationality, membership in a particular social group, or political opinion.

People who physically arrive at the U.S. border or port have the right to request asylum without being arrested, separated from their children or deported.

Who is an Asylee?

An Asylee is a person who fits the definition of arefugee who has escaped their homeland looking for safety and has legally applied for protection in another country and has been granted asylum.

This is generally because the asylee could notfind protection in their own country, so they searched for it elsewhere. Asylees can be of any gender, age, socio-economic class, or nationality. Some were being persecuted for their sexual orientation, political affiliation or religious beliefs.

However, most have been forced from their part of the world that is undergoing criminal gang takeovers, disasters, or political corruption.

Generally, the potential asylee is looking for a country in which their life or freedom will not be threatened and where theycan have theright of a complete and fair process for determining a claim to asylum. Most often this is the United States.

However, asylum law is a very complicated process that is changing all the time with the political elections and policies that come after.

Our lawyers are experts in Asylum Law and you should contact us immediately if you are planning on seeking asylum in the United States.

What Happens at the Border?

At this time, many people are forced to have stay in a near-by country that has a pact with America while their claims are being processed. Once allowed entry into the United States, the asylum seeker then must prove to the interviewing officer that there is a credible and significant possibility he or she is in danger in their homeland based on the five criteria listed above and is thus eligible for asylum.

However, new revised law grants the Border Patrol the power to label a person for expedited removal proceedings, which allowsthem to be deported from without a hearing before a judge. If you or someone you know is looking for asylum in the United States, it is important to know that having legal representation considerably enhances the chances of being granted asylum.

Are there Other Ways to Seek Asylum Other Than Going to a Port of Entry?

Some people who have entered and stayed here on a tourist, work or school visa, may also apply for asylum. This typically happens when political conditions in their home country rapidly collapse. In these cases, the procedures for asylum varies.

You should contact us for all your asylum needs to guarantee positive results.