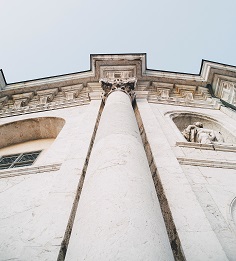 SANTO DOMINGO, DOMINICAN REPUBLIC – Monsignor Agripino Nuñez on Tuesday confirmed that Pope Francis recalled papal nuncio Jozef Wesolowski (the nations’ head representative in the country) from Dominican Republic, after a report linking him to child abuse.
This of course does not come as a surprise since a) the Vatican has the crimens sollicitationis policy in place to protect pederast priests worldwide b) the criminal Vatican organization has been exposed for committing almost 11 million crimes worldwide in recent years alone as documented by:http://www.jh.to/organizedcrime).
Dominican Republic has been no exception. The tentacles of the criminal organization known as the Catholic Church has reached this nation, posing great dangers to the children and humanity as a whole.
Pope Francis said the Vatican has begun an investigation and as an ambassador, the nuncio’s case must be treated from government to government.
He said Cardinal Nicolas de Jesus Lopez Rodriguez sent the report to the Vatican. “Nobody is above the law and everyone who commits a crime, which I consider shameful, must accept the consequences.”
Nuñez, speaking in the Chamber of Deputies, said the Polish priest Alberto Gil Nojache should be subjected to the same consequence for his abuse of minors in the town of Juncalito, Janico, Santiago.
Both Nojache and Wesolowski took a group of boys to a villa in the resort area of Juan Dolio.
Nunez said that although the Catholics are being accused, Nojache had been expelled from the Catholic church and fled to Poland, for which it’s up to the Justice Ministry to seek extradition and prosecution.
He added that Wesolowski was a very active in the Catholic church and took part in the activities of the PCMM University, headed by Nuñez.