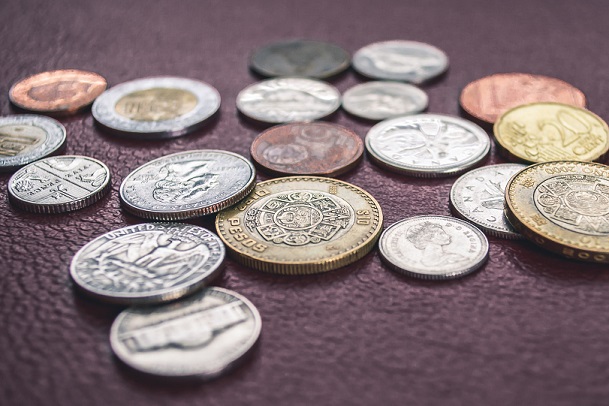 Bank of America will pay $3.6 billion to Fannie Mae as well as repurchase certain mortgage loans made from 2000 through 2008 for $6.75 billion, a move it said would cut its fourth-quarter pretax income by about $2.7 billion. David Benoit reports on Markets Hub. Photo: Getty Images.

The deals come as near-record low interest rates are feeding a new upturn in the U.S. housing market. That recovery, and expectations that banks finally will surmount the legal challenges that have dogged them since the financial crisis in 2008, have sent bank shares surging to recent highs.

Yet, mortgage credit remains scarce for all but the least-risky customers, leaving millions of borrowers unable to take advantage of Federal Reserve policies that have sharply reduced financing costs and hampering a sluggish economic recovery.

Reducing banks’ legal uncertainty could ultimately clear the way for a wave of new loans. But soft job growth and stagnant incomes, as well as policies adopted by regulators and the government-backed mortgage companies Fannie Mae and Freddie Mac, are crimping the availability of credit, industry officials and analysts say.

This week, watchdog agency the Consumer Financial Protection Bureau is expected to define standards that all mortgage lenders are likely to follow when originating home loans.

Banks have been shrinking their mortgage operations—or exiting the sector entirely—amid higher regulatory and legal costs, said Christopher Mayer, a real-estate finance professor at Columbia Business School. As a result, mortgage credit is tight even as the Fed is buying tens of billions of dollars of mortgage-backed securities every month to keep rates low. “That’s a horrible inefficiency for the economy,” he said.

In settlements announced Monday, Bank of America Corp. agreed to pay $11.6 billion to end a long-running dispute with Fannie Mae over so-called putbacks, the loans that Fannie demands lenders buy back as a result of questionable underwriting and other missteps.

The agreement covers nearly a decade of home loans and is the bank’s latest response to the hangover from its 2008 acquisition of Countrywide Financial Corp., which was the largest U.S. lender to customers with spotty credit histories.

Separately, 10 U.S. banks including Bank of America said they would pay $8.5 billion to close a regulatory probe and end a process set up in 2011 amid public outrage over banks’ foreclosure practices. Swamped with foreclosure filings, many banks allegedly used “robo-signers” to sign off on thousands of cases, stating falsely that they personally reviewed each one.

The banks had spent more than $1.5 billion as of last fall on consultants hired to review whether improper foreclosure practices caused financial harm and to provide restitution. No money has gone to consumers so far. Both banks and regulators concluded that the process was taking far too long.

“Carrying the process through to its conclusion would divert money away from the impacted homeowners and also needlessly delay the dispensation of compensation to affected borrowers,” Comptroller of the Currency Thomas Curry said in a statement. The Federal Reserve also joined the settlement.

That larger settlement, which includes a mix of cash payments to borrowers and other aid such as mortgage modifications that cut loan balances, has already reached at least 300,000 homeowners, according to an independent watchdog.

The $8.5 billion settlement is modeled along the lines of last year’s deal. Banks will pay $3.3 billion to more than 3.8 million eligible borrowers, and they will receive credit for the rest by providing loan assistance, including some forms of aid that they are already undertaking.

Some question whether the banks are doing enough to help troubled borrowers.

“A couple hundred dollars will be nothing,” said Geralyn Burrell, a 56-year-old Henderson, Nev., paralegal who says she nearly lost her Las Vegas home to foreclosure three separate times and was among the borrowers who submitted claims in the process that was ended in Monday’s 10-bank settlement.

The consultants hired by the banks had found that only 6.5% of cases evaluated had errors that required compensation, regulatory officials said. But with the cost of the reviews mounting, directing fixed payments to borrowers regardless of the merits of their complaints proved to be the better option for banks.

Consultants handling the reviews moved quickly to shut down their operations after Monday’s settlement announcement. Hundreds of attorneys and contract workers who were poring through files for Promontory Financial Group in a Denver office building were let go, said Drew Mandl, one of the Denver lawyers working on a contract basis for Promontory.

Monday’s settlements illustrate banks’ difficulty in isolating their legal exposure to the housing boom and bust.

Many of the banks have traded at a steep discount to their reported net worth as a result of investor fears over their legal costs. Mortgage-related legal costs since the crisis at Bank of America alone are approaching $50 billion following Monday’s settlements.

“There’s no doubt about it, that these big banks need to get these legacy issues behind them so they can move forward and just go about their core business and not have every minute of their lives be about past mistakes,” said Glenn Schorr, an analyst with Nomura.

Bank of America had paid Fannie Mae $1.3 billion in a settlement of mortgage claims in 2011. Last year, the bank agreed to pay $11.8 billion in a settlement with other lenders of alleged foreclosure abuses and $2.4 billion to end shareholder claims that it misled investors in its 2009 purchase of Merrill Lynch. An $8.5 billion pact with bondholders was reached in June 2011 but hasn’t been completed.