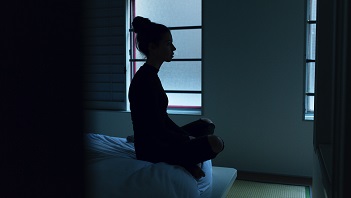 “Female genital mutilation (FGM) is a term encompassing a wide range of procedures that involve the removal or alteration of a woman’s genitalia. The federal courts and the Board of Immigration Appeals (BIA) have classified FGM as a form of persecution, a showing of which can act as a basis for a successful asylum claim. However, recent developments in this area of law have created a split between the federal courts and the BIA over the treatment of applicants who have already been inflicted with FGM. The federal courts that have addressed this issue currently treat a past infliction of FGM as a basis for a well-founded fear of persecution. The BIA, on the other hand, has rejected this position, arguing that FGM is a one-time procedure, and that once inflicted, an applicant will not be persecuted with FGM again, and thus cannot act as a basis for an asylum application.”

Asylum is a form of relief provided to applications who qualify to be refugees. In order to do so, the applicants need to establish that they have a genuine and well-founded fear of persecution in their home country either due to race, religion, and nationality, membership in a social group or political opinions. The claim for asylum is evaluated on these three elements:

As far as FMG is concerned, it is important to remember that gender alone is not sufficient grounds to get an asylum. However, a formulation of a social group has been used in an FGM asylum claim where the applicant is “opposed to FGM who belong to an ethnic group that practices FGM.”

Therefore, if a female is applying for an FGM asylum claim, she needs to show the following:

Most federal circuits and the BIA recognize FGM as a form of persecution and consider it as a form of sexual oppression and male domination and exploitation. FGM is used to overcome the sexual characteristics of young women. However, the BIA does not recognize a past infliction of FGM as sufficient grounds of a fear of persecution. This stand is based on the fact that FGM is a one-time procedure and once performed, an application cannot be persecuted with it again therefore there is no cause for future persecution on the basis of FGM. Therefore, applicants who have already suffered FGM are likely to have their asylum claim rejected.