Last week, a local Brooklyn mother was charged with attempted murder after throwing her two young children out a second-story window of her apartment building. She then jumped herself. The mother then proceeded to hit her 4-month old baby’s head against the concrete. Mother and children were all naked. The baby is in critical condition, while the toddler and mother have non-life-threatening
injuries. The mother has been charged with two counts of attempted murder, two counts of assault, and two counts of child endangerment.
According to a neighbour, “She basically had a blank stare on her face so I could tell mentally she had some type of mental breakdown. She wasn’t in the right state of mind.” Several other neighbours expressed that they thought the mother was not stable
or that she was depressed.

Especially in these trying times, we know that depression or another mental illness can significantly impact a person’s behaviour. While we don’t know the exact cause of this mother’s actions, we do have much clinical evidence of what people are capable of during bouts of mental illness. If an individual commits a crime during a mental health crisis, there is a defence available in most states. In New York, it is New York Penal Law 40.15, otherwise known as the insanity defence. It reads, “In any prosecution for an offence, it is an affirmative defence that when the defendant engaged in the proscribed conduct, he lacked criminal responsibility by reason of mental disease or defect. Such lack of criminal responsibility means that at the time of such conduct, as a result of mental disease or defect, he lacked substantial capacity to know or appreciate either: 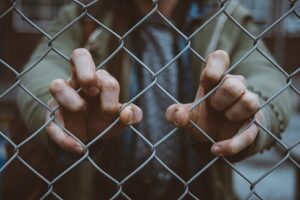 Insanity Defense is Not Common

This defence is not commonly used. The court and juries are usually extremely skeptical of an insanity defence, even if the patient has been formally diagnosed with an extreme mental illness. Although many conditions may provide some evidence for an insanity
defence, the degree of impairment must be so severe that even the most skeptical jurist would need to be convinced of the individual’s detachment from reality. In addition, any defendant who plans to use this defence must submit to a mental medical examination
and also must waive the right to doctor-patient privilege as well as the Fifth Amendment. We don’t know what this woman’s backstory is or what her criminal defence may look like. But we know that the more mental illness is discussed and understood, the more
we can understand human behaviour, criminal or otherwise.

If you or a loved one has been diagnosed with a mental illness and has committed a crime during an episode, it is important to understand all legal defence options. At Bukh Law, we are globally recognized Brooklyn criminal defence lawyers who take your legal
defence seriously. Contact us so we can discuss a defence strategy.