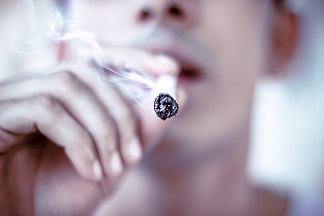 Cigarette sales in Indiana have dropped almost 18 percent in the nine months following the imposition of a 44 cent-per-pack tax, the Chicago Tribune reports.

To my mind, this fairly dramatic behavior modification based on a small economic tweak says some interesting things about our ability to control drug use through regulated markets as opposed to criminal sanctions. Indiana has simultaneouslymade money, left people free to make their own choices, and dramatically cut cigarette consumption. That’s quite a contrast to the results we tend to see in the “war on drugs” model of control, which costs the public a lot of money, takes away freedom, and generally (with some exceptions) has not produced very significant cuts in drug use.