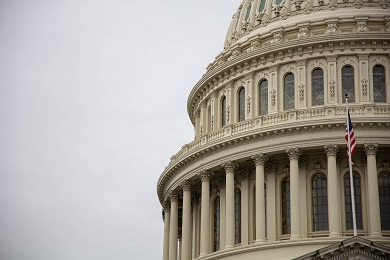 The people of U.S. will be glad to know that for the first time in a decade, their country is not the leader in executions. That privilege now belongs to China and Iran.

For the death penalty opponents this is welcome news as they have been trying hard to abolish the death penalty rule in the US for decades. Last year there were only 20 people put to death, the lowest number since 1991.

The latest report compiled by Amnesty International states that only 23 countries have the death penalty. In 2016, China executed more than 1,000 people followed by Iran which executed 567 people. The third on the list is Saudi Arabia with 154 people. Other countries which sometime use the death penalty include Iraq, Pakistan, Egypt, USA, Indonesia and Somalia.

The reason for the marked drop in executions in the US is most likely related to its decreased use in the judicial system. Plus, experts in law finally agree that the death penalty does not deter crime. Most US prosecutors are now charging defendants less with death penalty and jurors are also less inclined to vote for the death penalty.

The number of executions in the USA started to drop in 2009 and today only a handful of states carry out executions. In 2016, only five states had the death penalty as an option and they include Alabama, Florida, Georgia, Missouri and Texas. The other major controversy that surround the death penalty is the manner of execution. The drugs used to inject prisoners are often not available, fail to work and many healthcare workers refuse to participate in executions.

Some states like Ohio have deemed that lethal injection using the drug, midazolam, is a painful process and hence this method of killing is unconstitutional. Just a few months ago, Governor John Kasich postponed execution of 8 men who were due to die by lethal injection.

However, some fear that death penalties may increase over the next few years. As of 2017, there were at least 3,000 prisoners on death row, many of whom had committed horrific crimes. So far the one state that has not been deterred by the legal wrangling is Arkansas which plans to kill 7 men over a 10 day period very soon.

Globally the rates of death penalty have declined but statistics are often hard to come by. In China, anecdotal reports suggest that thousands of executions regularly take place and are never reported.