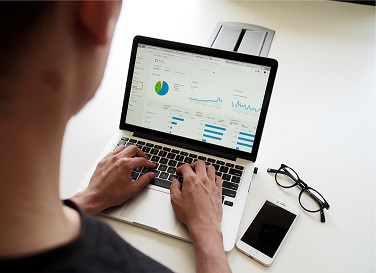 Digital media law update: Plaintiffs who believe they have been wronged by acts committed by U.S. multinational corporations in foreign countries have long attempted to bring claims against such corporations in the U.S., and based on U.S. law. However, such plaintiffs face many hurdles. Some claims are dismissed for lack of personal jurisdiction over the defendant. Others are dismissed on forum non conveniens grounds, if most of the parties and the evidence are located in the foreign jurisdiction. Others are dismissed because the law invoked by the plaintiffs is deemed not to have effect outside the U.S. Such was the case in Zheng v. Yahoo! – even though at least one defendant was a U.S. resident and some of the relevant acts allegedly occurred in the U.S. See Zheng v. Yahoo!, Inc., N.D. Cal., No. 3:08-cv-01068, Order Granting Defendants’ Motion to Dismiss, (Dec. 2., 2009).

The allegations in the complaint would tug at the sympathies of most Americans. The complaint was a putative class action brought by Chinese citizens who were part of a pro-democracy Chinese political group. The plaintiffs alleged that Yahoo!’s Honk Kong affiliate had disclosed their private electronic communications to the People’s Republic of China (PRC). As a result of these disclosures, the plaintiffs alleged that they were subjected to prosecution by the PRC government and “suffered physical injuries, emotional distress, detention, arrest, torture, imprisonment, death in custody, seizure of property, and/or fear of returning to the PRC.” The plaintiffs further alleged that “Yahoo!, Inc. exercised functional control and supervision over important aspects of the operations of Yahoo! China” and hence was responsible for Yahoo! Hong Kong’s acts. The complaint brought claims against Yahoo! Hong Kong and Yahoo! under the Electronic Communications Privacy Act (ECPA) (18 U.S.C. §§ 2510 et seq. and 2701 et seq.). With a number of exceptions, the ECPA prohibits the interception of electronic communications, and the unauthorized accessing of or the divulging of communications which are in electronic storage.

The ECPA also provides a private right of action for violations of its provisions, under which a plaintiff can recover damages, punitive damages and attorneys fees. 18 U.S.C. § 2520, 2707. For more on the ECPA, see our post of August 5, 2009. The exceptions to the ECPA are important. For example, Section 2701 prohibits an electronic communications service provider from knowingly divulging to any person or entity the contents of a communication while in electronic storage. However, Section 2703 provides that a government agency can require disclosure of the contents of a stored communications if it obtains a warrant or subpoena that qualifies with the ECPA and other U.S. law. Section 2703 also provides that a service provider is immune from criminal or civil penalties if it provides the contents of a stored communication pursuant to such a warrant or subpoena, or pursuant to a court order.